Notification released by 828 posts of Insurance Advisor, LIC Agent and various other posts by LIC of India. The detail of advertisement is mentioned below. Interested candidates are requested to call on the below numbers according to their eligibility and interest for scheduling first round of interview. After that, they will ask to attend the walk in interview organized by the LIC. The applications are called for the various districts and areas of Maharashtra such as Kolhapur, Solapur, Aurangabad, Borivali and Mumbai Suburban.

Detail information, Eligibility and other terms and conditions area wise mentioned below:

The last date for scheduling first round of interview for various posts of LICIndia Recruitment 2016 is as per below:

Final selection for the various posts of LICIndia Recruitment 2016 depends on the personal interview with LIC India jobs.

LIC Insurance Advisor Recruitment 2016 Result: Selected candidates will be informed for the next round on the spot. 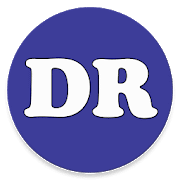